Well, it looks like the Trumpsters fell right into the trap that was laid for them today. Congratulations, you’ve now burned the images of sedition and insurrection into the minds of every American across the country. Not only will you not prevent the exit of your orange lord and savior, but you’ve now given the government all the ammunition it needed to forever paint conservatives, Christians, and patriots as domestic terrorists. A major crackdown is coming, and the mob of MAGA morons took the bait and provided the optics that the deep state needed in order to justify their future tyranny to the rest of the sheeple. Fools.

From Christian Scholar and Author Michael Hoffman regarding today’s events:

The hardline socialists now have both houses of Congress and the White House. They’ve been salivating over their chance to make the other side pay for their sins from the last 4 years and now it’s arrived. Folks like myself will be lumped in into this group even though we never chose a “side” in this political charade and were very outspoken against the traitorous actions of President Trump. It doesn’t matter though, they’re coming after all of us. Christians, patriots and gun owners will be the targets, and I and many others are in all 3 categories. This is the beginning of the “rainy decade” that so many of us have been preparing for over the years. Tribulation is here and persecution is coming. Hope your guns are loaded and you’ve circled your wagons with people you can trust. I’m not worried because God always has a remnant though things will most likely get hard for us as well. The events of 2020 have exposed who is true and with God’s help, we’ll get through this as long as we’re faithful to Him and to Him alone. 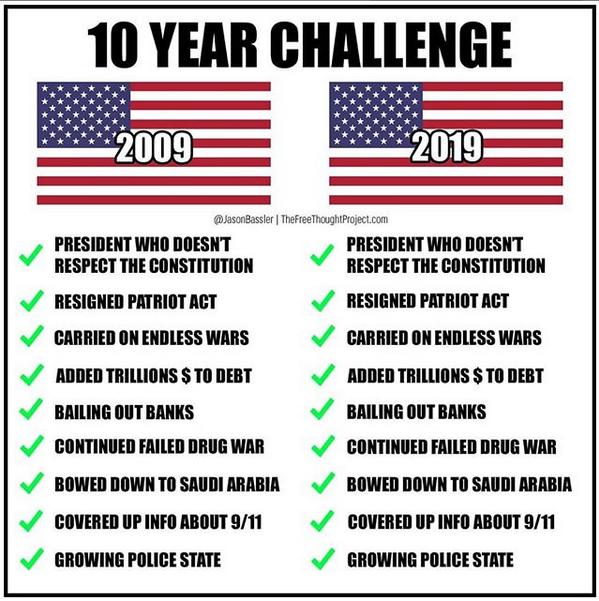 I know most of you will line up and vote this coming November, holding on to the false hope and belief that your vote counts and will change America. I was going to make an election prediction, but I figured it was pointless. What does it matter now? It will be like every other election in my lifetime, no matter which side the coin lands, we lose. I might as well just make a prediction anyway, so read on.

I will say right off the bat that “THEY” already have the next election decided. The show that we’ll see this year will be put on as political bread and circuses for a gullible population that still have an unwavering faith in a broken system. It’s probably going to be the messiest election year this country has ever seen. Just understand that it’s all fake. Every bit of it. Why anybody gets wrapped up in this Kabuki show is beyond my understanding. It’s so easy to see through all of it, but most people just can’t. So here it goes, my 2020 election prediction:

First off, there are a lot of wild cards on the table. There is no ace in the hole and things could go either way. If the economy maintains its artificial strength via the Federal Reserve pumping and the propped up phony stock market remains propped up for the duration of 2020, Donald Trump will be re-selected as President of the United States for a 2nd term of office. As long as the money changers can keep the facade of prosperity going and the economy doesn’t fall into a deep recession, Trump will win. There are, however, a lot of economic indicators that a recession is coming. They can only keep kicking the can down the road for so long like they’ve been doing for the last 10 years. The “Everything Bubble” is expected to pop soon, and when it does, it will make 2008 look like a Sunday picnic. I predict that the impeachment show will backfire on the Democrat Party and will only get Trump’s flock to dig in even more, which will result in a huge loss for the Democrats in 2020. As long as peoples’ 401k’s are up and we don’t see what happened in 2008 happen in 2020 or worse, Trump will win another term. And why wouldn’t he? He’s been a very obedient puppet to his Zionist masters that put him there. Short of bombing Iran, he’s given Zionist Israel everything they’ve ever dreamed of on a silver platter. He’s gotten more done than his predecessor to infringe on our gun rights, our privacy rights, our religious and free speech rights, ect. He’s expanded the warfare and the police state like never before. And worst of all, he’s effectively sedated conservatives, Christians, and patriots in America to the point that they will not have a shred of validity in the future and will be pitched into the wastebasket of history. The last 3 years has definitely separated the wheat from the chaff among our ranks. I’m not sure if I can ever forgive my fellow countrymen for not only falling for trap of Trumpism, which is really nothing more than Zionism, but ridiculing and excommunicating folks like me that are simply telling the truth. The majority of the “patriot movement” has become just another statist mob like the other side, and I will not stand for a mob, which in effect, is just democracy in all of its bare ugliness. Remember what Bolshevik leader V. I. Lenin said about democracy: “Democracy is indispensable to socialism.” Trump has destroyed the conservative/patriot/Christian movement in America, a thorn in the side of those that are building the New World Order. They’ve effectively neutralized their enemies by giving them a wooden horse from Troy filled with Illuminati/Zionist change agents. And yet, people will stand in line to vote for him again. “Patriots” in America have largely forgotten Founding Father Patrick Henry’s admonition:

“Guard with jealous attention the public liberty. Suspect everyone who approaches that jewel.”

If Trump wears out his usefulness to the powers that be, they will crash the economy along with the markets in 2020. 401k’s will tank and the circus tent will collapse with Trump standing front and center as the propped up ringleader. If that happens, you can bet that this country will take a hard left turn like never before. And they will make the other side pay for their sins from the last 4 years right along with the rest of us. What is happening in Virginia right now is just a small preview of what’s coming nationwide.

The only difference in 2020 is the steepness of the downward slope into the pit. Gullible voters will make their showing at the polls on November 3rd. I, for one, will not be there to validate a fool’s game. It doesn’t matter anymore and I’m not sure if it ever did.

The bottom line is this – my unalienable God given Natural Rights are still intact no matter what looms on the horizon and so are yours. There is not going to be a political solution nor a savior in 2020. No one is coming to save us and voting will not cure our ills. Enlightenment philosopher John Locke, however, was on to something and had a remedy that bears repeating:

“And where the body of the people, or any single man, is deprived of their right, or is under the exercise of a power without right, and have no appeal on earth, then they have a liberty to appeal to heaven, whenever they judge the cause of sufficient moment. And therefore, though the people cannot be judge, so as to have, by the constitution of that society, any superior power, to determine and give effective sentence in the case; yet they have, by a law antecedent and paramount to all positive laws of men, reserved that ultimate determination to themselves which belongs to all mankind, where there lies no appeal on earth, viz. to judge, whether they have just cause to make their appeal to heaven.” – John Locke, The Second Treatise of Government, 1689.

If you’re a Christian voting for Trump again, here’s a few verses for you:

“It is better to trust in the Lord than to put confidence in princes.” – Psalm 118:8

“Put not your trust in princes, in mortal man, who cannot save.” – Psalm 146:3
And you all need to read this article. Trump is just one of many antichrists that have come out through the centuries and is very much a part of a Satanic Beast system. And Christians are falling for it.