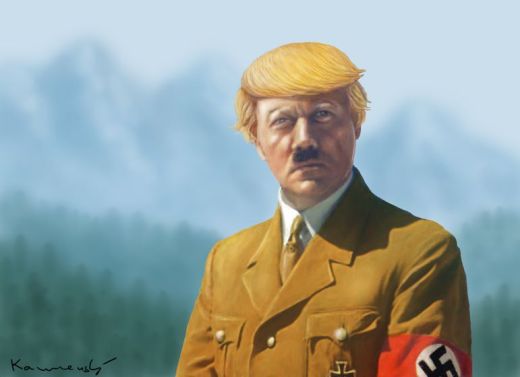 For the purpose of creating conflict and confusion, some in the Fake News Media are saying that it is the Governors decision to open up the states, not that of the President of the United States & the Federal Government. Let it be fully understood that this is incorrect….

The powers not delegated to the United States by the Constitution, nor prohibited by it to the States, are reserved to the States respectively, or to the people.

Hitler is in the White House.

All you Trump supporters can stop calling yourselves patriots. You’re not patriots, you’re just the “Good Germans” that are following your Fuhrer. Quit wrapping your Toryism in the flag, you’re just a bunch of sellouts pretending to be Americans.

And just imagine how much you guys would be bitching right now if Obama or Hillary would’ve gone on Twitter and said the same thing as president, or declared that their authority was total. You guys would be in open rebellion right now, but since it’s your tyrant wearing a Republican jersey, you say nothing. Total hypocrites and liars you are.