Child being sacrificed to the ancient pagan god Moloch

Last week, New York governor Andrew Cuomo signed a bill into law allowing women the “right” to murder their unborn up to birth. Socialists applauded the governor in a standing ovation after he signed the Reproductive Health Act.

A similar bill in Virginia is in the state house right now legalizing full abortion AFTER the baby is born (infanticide). Virginia governor Ralph Northam, is on camera defending abortion after the birth of the child:

Did you hear what he said? “The infant will be resuscitated IF that’s what the mother and family desires, and then a discussion will ensue between the physician and the mother…” (on whether or not to kill the baby). This is the legalization of full blown infanticide. Socialists are wanting the woman to have the “right” to KILL their child even after it is born. The morality of people in America has now sunk to a new low. Granted, a baby murdered in the womb is still murder, but now they want the ability to kill a child even after it’s born. This means that “personhood” under the law no longer applies to a baby that has just been born. They are now pushing the boundaries back even further. This is all incremental. Keep in mind folks, that these are the SAME people that want you to hand in your guns in the name of “protecting our children”. These lying, subversive, murdering socialist hypocrites will cry big crocodile tears over children getting gunned down in school, but will have no qualms in killing an infant after it is born. And if you’re a scum sucking pro-choice communist reading this and supporting this garbage, I’m talking to you. You’re a sick murderer and I despise you with every fiber of my being.

America has indeed sunk to a new low. If an innocent newborn baby’s life is now up for the option to be murdered in the name of “convenience”, then where does the devaluation of human life end? Where does the line get drawn? At what point does a society’s moral compass point when it comes to taking the life of another human being? And don’t give me this crap about “oh, well the children being aborted are mentally handicapped, or has down syndrome, or has some defect”. You’re scum, and no different from Adolf Hitler and his Nazi Party:

Nazi propaganda poster promoting the murdering of the undesirables.

Don’t tell me I’m going too far by making this comparison because that’s exactly what you are. The children that are aborted are considered undesirables by the woman (I’m not going to use the term ‘mother’ because they’re anything but).

Let me remind you that socialism, in its nature, is grounded in violence and bloodshed. This is just another step towards their Marxist totalitarian world order. Society must first be conditioned to the principles of “situation ethics”, which means morality is subjective and varies from situation to situation. We are living in dangerous times. Once human life is thoroughly devalued, then outright violence and murder become the norm. Last Sunday was Holocaust Remembrance Day. Never forget that 6 million Jews and other “undesireables” were murdered under the blood red flag of socialism. And never forget that it was only possible through the complete disarmament of the population. Can it be more obvious than now to where we are headed? Or is your head still stuck in the sand? 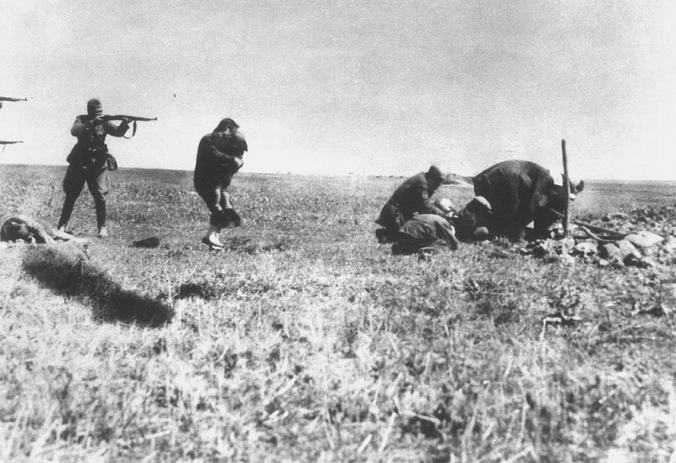